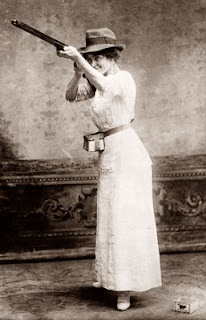 I see the Officer open the rear passenger door and he says something to my mother. She then steps inside with her left leg, ducking her head as she guides herself into the cramped backseat. A few minutes later, the car makes a u-turn in the middle of my street and they're gone.
Stop.
Rewind.
It's 3:00 AM Sunday morning when the phone next to my bed rings. I've had a lifetime of late-night calls that are never good. Nobody calls me at that hour to say they love me. Nobody calls me that late to tell me that they're coming over in the morning with mimosas and a fucking muffin basket. The content of these calls is always misery and/or some shade of violence.
I answer on the first ring with a tone that suggests I'm completely awake and have been knitting eye patches for kittens all night. The voice on the other end is My Gay and he's out of breath and between his huffs and puffs I begin to understand the situation: he borrowed my mom's car to go to work and it was stolen from the employee parking lot.
Fuck.
Motherfuck.
Now it's 4:00 AM, and my mom and I are on our 43rd cup of coffee, waiting for the police. When the Officer arrives, he takes her statement and explains how her Jeep Laredo is the second most popular car among car thieves out here.
Awesome.
She signs her statement, he writes down the case number and then he's gone. I lock the door and tell my mom to kiss her car goodbye because there is no way she's going to get it back and if she does, it won't be in one piece.
P.S. ... she's not covered for theft. Translation: she's fucked.
So when the call came in the very next day saying that they thought they found her car, I was in total shock. In fact, the car was parked in an apartment complex and under surveillance and would she like an Officer to come pick her up and take her to retrieve her car? Hells yes.
An Officer picks up my mom and takes her to the actual spot where an undercover cop is watching her car. It's a huge apartment complex with a move-in special of $99 and no credit check. The kind of place where flea market blankets act as curtains and discarded diapers litter the walkways. Real uptown livin'.
The car is relatively unscathed and all they left behind was some makeshift drug paraphernalia and the distinct smell of junkie.
But the story doesn't end there because that very night, some motherfucker (same motherfuckers?) broke into her car again and this time, stole my garage door opener. The garage door that leads directly into a garage full of power tools. A garage door that leads directly into my home.
Now my undiagnosed but totally relevant anxiety disorder kicks in and I think it's safe to say that I freaked the fuck out. I immediately raced to Lowe's to purchase something (anything) that would bolt my garage door shut. This being Nevada, the helpful clerk told me to buy a shotgun. He was serious.
Fast forward to me back at home where I'm moving at breakneck speeds, locking windows and doors, installing a club on my mom's steering wheel and gluing shut her faulty front wing windows. Then with the help of Johnny Boy, I disengage the garage door and I start to feel a little better, but not much. This bullshit is triggering me in all kinds of ways. I remember being about three or four and our home was burglarized while we slept. A couple of years later I watched as my Grandpa was held at gunpoint by two teenagers who wanted cash but only found an old man with a paycheck and a frozen turkey. I wonder if my house is being watched because they know that my husband has passed and the only constant male presence here is a six year old boy. At this point, I'm breaking out in hives and putting together a checklist in my head of weapons to be passed out before bedtime.
My mother picks out a lovely baseball bat and I choose something that can easily be inserted between a would-be robber's ribs. I'm considering sleeping with the cattle prod ... spooning it like a long lost lover. My mind flips back to that cowboy/Lowe's employee who suggested a shotgun. Hmmmm .....
Now I will spend the rest of the day researching Nevada's laws on the use of deadly force and justifiable homicide.
Posted by Miss Spoken at 9:08 AM

Email ThisBlogThis!Share to TwitterShare to FacebookShare to Pinterest
Labels: Rants

There is a law about shooting someone who has entered your home. Something that has the word 'castle' in it. . .It's a phrase. Anyway, they say that legal fees will cost you somewhere near $150K.....but your life and the life of your children are worth WAY more than $150K!!

However, the law does say that you can kill someone who breaks into your home......

Holy Vishnu! Wouldn't it just be so much better if you could keep them out of your home. How do you feel about big dogs? Want to come hide out in Jersey?

Wow, that sucks... I had 2 xboxes stolen (different times). One time I was in the house. I would have so beat some crackhead ass. In my state, if they are in your house you can kill them....

Castle Doctrine.........that protects the homeowner when someone breaks in....

I have recently found that if you go ahead and get the shotgun, then just shoot their vehicle as they friveby, or even the vehicle of innocent people who drive by you would just get the police to call a family member and suggest they go take your gun away... oh snap! NM, that shit only happens in Bumfuck, KY. Seriously, inside your home, you can use any means necessary to protect yourself if you feel threatened.

Holy Crap. I was so moved by your work to help partially blind kittens I nearly missed the part about the shotguns, junkies and car theft to the tenth degree. WTF? At least here in DC they just hit us on the head and get on with it. This is the most prolonged story of torture I've ever heard. It's almost as if they refused to leave you in peace.

This shit is the worst... I've had my various cars broken into over 5 times (I can't even be sure anymore) in my life, and no end of vandalism growing up in a small college town.

Most recently someone actually stole the wooden wagon wheels from the end of our drive. We live 1/2 mile from anyone! They pulled them out of the ground with a truck and left. WTF is it with people?

You know what? Let's start our own band of vigilantes! I'll bring yard tools and a steel pipe I call smashy.

I was leaving the grocery today with my 4 month old and a car comes flying into the parking lot right in front of me with several police cars to follow. I have spend the rest of the day visualizing different objects I could have beaten the asshole to death with had he injured my child. So again....shoot first, ask questions later!

I am truly upset about this!!!! I don't know what to do!!! I am both sad and scared for you guys!!!! Uhhhhh..... Is your Mom living in the house with you guys now? I know you can both kick some ass, I am not doubting that, but having her there is double good. Maybe you should get a shotgun..... I am not a big fan of guns around kids and with the boy and girl being who they are, I would be scared that they would find it.

But at the same time, something is telling me Sel would want you to have protection in the house, 200%!!

When I lived with him for all those years, he always had a gun in the house. All kinds of weapons. The gun he only pulled on me once, (thanks Rich), but was usually smart about keeping them on lock down. Shit, he wouldn't let me move into my warehouse space in SF without a suitable weapon.... I obviously chose the machete that hung on my wall next to my bed! Even know, my "Gladiator" sword sent from the heavens themselves, sits on my nightstand next to my bed! I also have a Samurai sword in the living room within easy access.... as well as an assortment of other large knives and daggers within easy reach. If someone were to come into my house like that.... hopefully they would be getting mortally cut before I got shot! Ha. But still, Sel installed in me the knowledge of knowing I needed to protect myself, something I will never forget or get a chance to repay. Other than.....telling you it is good, safe and OK, to get protection for your house and kids!

Maybe get s safe so you can lock a gun up without the kids having any kind of access! (As I am typing this, I am like, "Fuck am I really typing this shit"). Not rad!!!!

Time to move maybe, you were thinking about it anyways!!!

I love you and I will give you a call tomorrow. I am up in hte bay right now, had some shows up here. Scotty and Billy Bates came out tonight. I love seeing Scotty. I am going to stop by to see Malia and Heidi tomorrow on my way to my Dad's house. Then it is off to fucking Santa Cruz to Ride the Giant Dipper at least once, then go to a rock show at a bowling alley I am not even playing! Then, and this is a good one.... off to party with a shit ton of lesbian's and my band mates at some crack hotel near the boardwalk. The more I talk about this idea, the more staying at Dad's house to watch the Superbowl sounds WAY better!!! I have another show in San Jose on Sunday.... then after the show is over, Jen and I will be driving back to LA that night so we are home for Monday's list of more shit to do!

Enough about me though.... Seriously I am calling you tomorrow, from Scotty's house and we are sorting this out!!!!!

Love,
Your not officially related to but kinda like sister and god father to your children.... Mrs. Dee

FYI, it is 3:18 am.... I am still awake because I just got home from playing a rock show, so there are a lot of typo's in that last message I just left. So, yeah.... go ahead and get the gist of what I am talking about, and don't think I am a reh-tard for saying "Sel installed in me", rather than Sel Instilled in me". Ha Ha.... Neurotic much, me no!!!!!

first off, so sorry! that is super fucked up and scary. feeling unsafe in your own home can mess you up. the garage door opener was probably mostly a crime of opportunity...like if they tried it and it didn't work, they'd move on.

not advice, just info: i would move. but then again, i would blow up my car if my kid threw up in it because puke just never really goes away...and apparently i am a huge quitter, said my husband today in a moment of stress. fuck him, i will get a divorce if he doesn't shape up. i am no quitter.